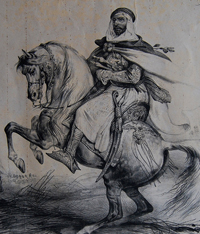 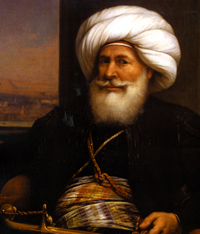 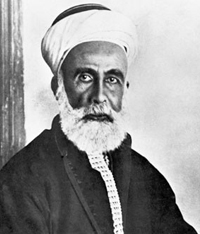 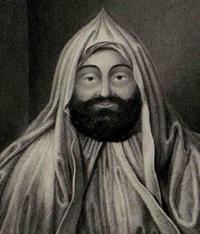 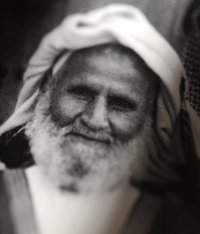 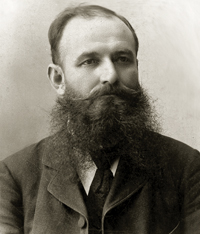 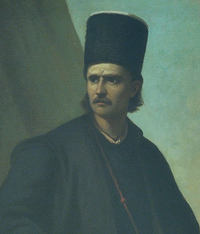 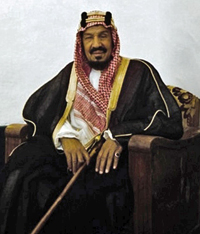 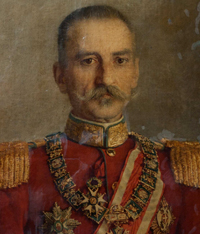 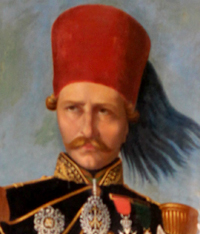 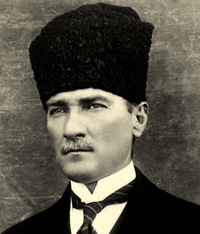 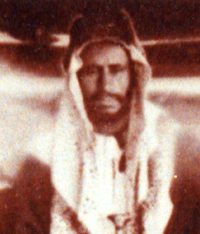 Wars, treaties, revolts, migration, natural disaster, disease and the appetite of the ruling class for radical change are all features of the Ottoman Empire in the 19th century. During this period, the partition of the Ottoman Empire by the Great Powers was called “the Eastern Question”. The Ottoman administrators used “balance of power” diplomacy to protect their territorial integrity.

“Any port in a storm”

Sultan Mahmud II continued the reform programme begun by Sultan Selim III under the name of Nizam-ı Cedit (New Order) to strengthen the central authority and establish a permanent relationship with the European Great Powers. In 1826, as a reforming measure the sultan replaced the Janissary corps with a new army.

Influenced by the French Revolution, the millet groups (self-governing non-Muslim communities organised by religious affiliation) under Ottoman sovereignty tried to establish nation states; first the Serbs (1804) and the Greeks (1821) followed by others. By the Treaty of Edirne (1829) that ended the Russo–Turkish war the sultan promised autonomy for Greece.

Mehmet Ali Pasha’s rebellion in 1832 obliged Sultan Mahmud II to ask for Russian military aid, enabling Russia to establish naval superiority in the Black Sea. As part of its balance of power policy, the Ottoman administrators gave economic privileges to the United Kingdom in 1838 (Treaty of Balta Limanı).

Joining the Concert of Europe

The Tanzimat Edicts (1839, granting basic rights to all Ottoman citizens) and Islahat (1856, giving equality to all citizens before the law), aimed at preventing European intervention, also gave strength to the national uprisings begun in the Balkans. In 1848, Hungarian and Polish revolutionaries came to the Ottoman Empire as refugees, some playing an important role in Ottoman reform efforts.

In 1849, Sultan Abdülmecid I reorganised the Ottoman administration in Yemen where the United Kingdom, France and Germany wanted coaling stations for their ships. Under the Treaty of Paris (1856), which ended the Crimean War, the Ottoman Empire was admitted into the Concert of Europe.

The sultan’s observation of progress in Europe

In 1861, the Ottoman government published the Lebanon Regulations to solve conflicts between Christians and Druzes there. Lebanon saw the rise of an Arab nationalist movement whose Christian leaders had graduated from American and European missionary schools. In 1865, the Young Ottomans began to establish opposition against the bureaucratic domination of Ali Paşa and Fuad Paşa.

In 1867, invited by Napoleon III to the International Exhibition in Paris, Sultan Abdülaziz travelled to European cities including Paris, London and Vienna, where he could personally observe progress in Europe.

In 1869, the opening of the Suez Canal accelerated competition between the Great Powers over control of the Indian dominions and trade routes via the Gulf of Aden.

In 1877, in the reign of Sultan Abdülhamid II, the first Ottoman parliament representing all Ottoman peoples was opened but was short-lived.

After the Treaty of Berlin (ending the Russo–Turkish War of 1877–78) the United Kingdom’s policy of protecting Ottoman territorial integrity was abolished and Ottoman foreign policy changed in favour of Germany, whose aim was to use the power of Caliphate against the United Kingdom and Russia in the Balkans, Caucasia and India.

The pan-Islamist policy of Sultan Abdülhamid II could not prevent the spread of the separatist Arab nationalist movement. The Sultan sent many Ottoman pashas to Yemen to introduce reforms to prevent revolts under the leadership of the Imamate.

After 1895, the Young Ottomans movement turned into the Young Turks movement aiming to re-establish the Ottoman constitutional regime. In 1908, Sultan Abdülhamid II had to declare the Second Constitution and after the 31 March Rebellion (13 April 1909) he was dethroned by the Committee of Union and Progress (CUP).

The sultan in the shadow of the CUP

Sultan Mehmed Reşad II ascended to the throne but the CUP took control of the administration. At the end of the Balkan Wars, the Ottoman Balkan territories were shared by the Balkan states. Muslim and many Jewish populations migrated to İstanbul, İzmir and other Anatolian cities.

In 1909, the CUP established the non-governmental Navy Society (Donanma Cemiyeti), which placed orders for warships from the great European shipyards financed with the help of Muslims worldwide including from Yemen and India. In 1914, the seizure of two newly built Ottoman warships by the United Kingdom and the shelling of the Russian Black Sea ports by two German warships under the Ottoman flag were two pretexts for World War I.

The CUP’s policy of political Turkism as a result of the loss of Balkan territories caused new discontent among the Arab tribes, some of whom were encouraged to revolt against the Ottoman Empire after 1916.

After the Bolshevik Revolution in 1917, Russia made public secret treaties that had been made with the European powers about the partition of the Ottoman Empire. The White Russians who took refuge in Istanbul enlivened the economic, social and cultural life in İstanbul.

In 1917, the United Kingdom confirmed support for the establishment of a national home for the Jewish people in Palestine, accelerating Jewish immigration to the region.

In 1918, the Armistice of Mondros signed at the end of World War I resulted in the decline of the Ottoman Empire. The Turkish national movement became stronger. Some Ottoman ruling elites of Arabian origin went to Syria, Iraq and Egypt and other countries to contribute to the establishment of modern Arab states.