Jordan is a part of Ottoman Syria. Its importance lies in being a land bridge connecting Anatolia and Syria with north Arabia, Egypt and North Africa and hence the necessity of establishing Ottoman fortresses to guard the Syrian and Egyptian pilgrimage routes.

Bilad al-Sham (Greater Syria, including Jordan) is under Ibrahim Pasha who is ruling on behalf of his father, Muhammad 'Ali of Egypt. Ibrahim Pasha is forced to retreat to Egypt through Transjordan where the Egyptian army suffers severe casualties on its way back to Egypt.

Supported by the UK, on 10 June 1916 Husayn ibn ‘Ali, the Sharif of Mecca, declares the Great Arab Revolt against the Turks with the aim of establishing an independent Arab state under his leadership in Bilad al-Sham (Greater Syria). Aqaba in Jordan is captured in 1917, becoming the headquarters of the northern army headed by Husayn’s son Prince Faysal, who becomes King of Syria in 1920. British promises to Sharif Husayn have contradicted other secret agreements of the UK with its allies, e.g. Sykes–Picot. These mandates put an end to the Arab Kingdom of Syria under King Faysal on 24 July 1920.

Sykes–Picot Agreement signed by the British, French and Russian governments on 16 May 1916 concerning the division of Ottoman lands in Greater Syria between the two colonial powers, the UK and France. According to this secret treaty southern Syria (Palestine and Jordan) and Iraq are to fall under British mandate and Syria and Lebanon under the French. 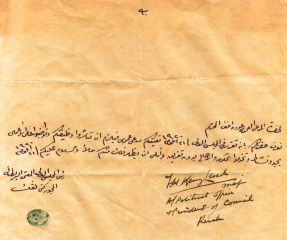 The people of Transjordan, encouraged by the UK, establish local governments in Ajlun, Balqa and Karak. British advisers are assigned to help these governments. 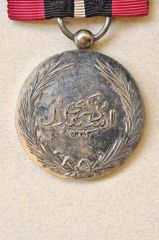 By August 1921 this British policy has been changed and it is decided to establish the Emirate of Transjordan under the leadership of Husayn ibn ’Ali’s son, Prince ‘Abdallah, who will become King of Jordan in 1946.