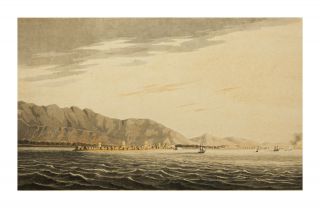 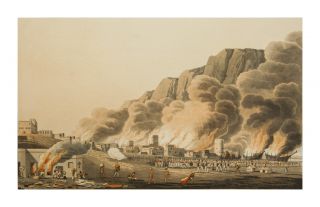 The end to a traditional way of life

Due to the harsh conditions of south-eastern Arabia, people living on the coasts of the Gulf and Indian Ocean have always depended on the sea for their livelihood through fishing, pearling and trade. In the 18th century key trading networks were in the hands of local powers such as the Qawasim (Al-Qasimi), a powerful mercantile confederation based in Julfar (later Ras al-Khaimah) and Sharjah, both of which are areas on the coast of the Indian Ocean and the Persian littoral. The gradual economically and geostrategically motivated British penetration of the Gulf soon threatened the indigenous status quo. Attempts by the Qawasim to defend their livelihood were denounced as “piracy” by the British in order to justify devastating naval attacks, which culminated in the destruction of their trading empire in 1819. The ensuing Peace Treaty imposed by Britain on the Qawasim and other local leaders saw the start of steadily increasing British interference in local, economic and political affairs.