During this time Egypt is a legally nominal Ottoman province governed by a wali on behalf of the Ottoman Sultan, although de facto it is virtually independent, with its walis styling themselves as Khedives. Despite their legally subservient status, Egypt’s walis enjoy far more political power than their descendants, who, decades later, rule the country as nominally independent sultans and kings.

On 1 March, Muhammad ‘Ali invites some 470 Mamluk beys to the Citadel for a feast to celebrate his son’s imminent departure for Mecca. When the feasting is over the Mamluks mount their lavishly decorated horses and are led in procession down the narrow, high-sided defile, below what is now the Police Museum. As they approach Bab al-Azab, the great gates swing closed and gunfire rains down on them from above. After the fusillades, Muhammad ‘Ali’s soldiers wade in with swords and axes to finish the job. Legend relates that only one Mamluk escaped alive, leaping over the wall on his horse.

When under the command of an Ottoman representative the entire Egyptian navy is sunk by the European Allied fleet, Muhammad ‘Ali asks for the territory of Syria in compensation.

The ’Urabi Revolution, led by Colonel Ahmed ’Urabi, erupts in February 1879 and continues until 1882. It is the first revolution of the modern age in Egypt. 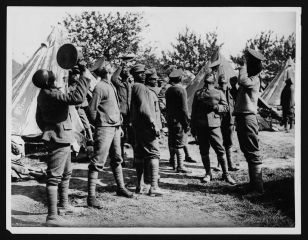 On 25 July, at the onset of World War I, ‘Abbas Hilmi II is in Constantinople where he suffers wounds to his hands and cheeks during a failed assassination attempt. On 5 November of that same year, when Britain declares war on Turkey, ‘Abbas is accused of deserting his country because he did not return home forthwith. In addition, because the British believe that he has been plotting against their rule, when the Ottoman Empire joins the central powers in the war, Britain declares Egypt an independent Sultanate under British Protectorate on 18 December, and ‘Abbas is deposed.

Britain declares Egyptian independence, but retains control of Egyptian foreign policy and the basic administration of the country. On 15 March of this year, Fuad I issues a decree changing his title from Sultan of Egypt to King of Egypt.