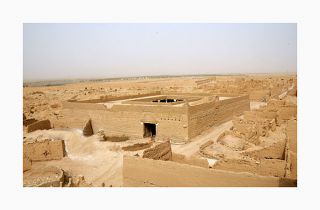 The First Saudi State was established in 1744 when leader Sheikh Muhammad ibn ‘Abd al-Wahhab settled in Dir‘iyya (in central Saudi Arabia or the Najd region) and Prince Muhammad ibn Saud agreed to support and espouse his cause, with a view to cleansing the Islamic faith from distortions. The House of Saud with other allies rose to become the dominant state in Arabia controlling most of it: the First Saudi State lasted for about 75 years.

Concerned at the growing power of the Saudis, the Ottoman Sultan instructed Muhammad ‘Ali Pasha to re-conquer the area. ‘Ali sent his son Ibrahim Pasha, who was successful in routing the Saudi (Wahhabi) forces in 1817. It would be only a few years before the Sauds would return to power, forming the Second Saudi State.