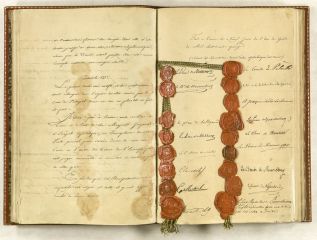 "Ratification document of the Congress of Vienna (29 September 1814 – 9 June 1815)" in "Sharing History", Museum With No Frontiers, 2022. https://sharinghistory.museumwnf.org/database_item.php?id=object;AWE;at;4;en