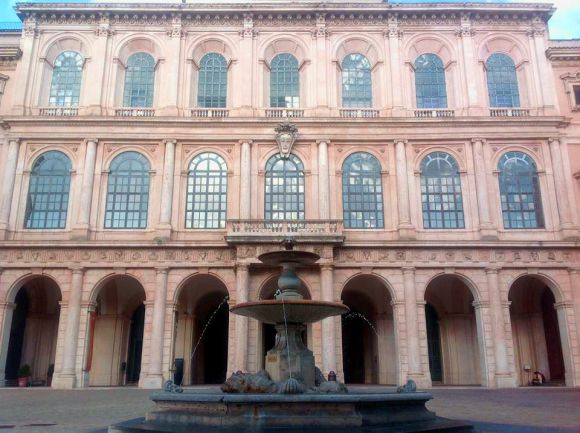 MAI was founded in Rome in 1874 on the initiative of Baldassarre Odescalchi, Augusto Castellani and Raffaele Erculei to collect handmade artefacts – glass, ceramics, sculptures, painted fabrics and plaster casts – from ancient times to the 17th century, and to be a training school for craftworkers on the model of other European institutions, such as South Kensington Museum, London. Combining theory and experimentation in cooperation with the schools, it never became a national museum. Located for a year in the former convent of San Lorenzo in Lucina, it was moved to the Collegio Romano and then to other locations, until its closure during World War II, when the collections were moved to the storerooms of various Roman museums: Palazzo Venezia, Palazzo Barberini, Castel Sant'Angelo, Palazzo Braschi, the Museum of Roman Civilisation and the State Institute of Art Galileo Galilei.