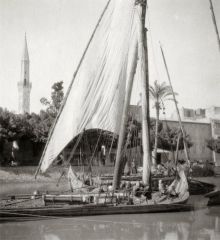 On the Mahmudiya Canal, Alexandria, Egypt

On 8 May Muhammad ‘Ali Pasha, the Ottoman Governor of Egypt, gives the order to start digging the Mahmudiya Canal, from the River Nile to Alexandria through al-Buhayra, to transport water and as a route for cargo ships. 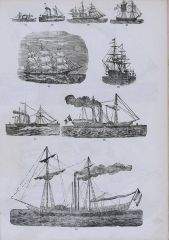 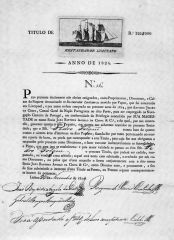 14 October: The steamship Conde de Palmela arrives on the Tagus River. Built in Liverpool by Mottershead and Hays, it was commissioned by the Portuguese consul there. It is said to be the first ship to cross the Biscay, a journey of 1,000 miles, and the first steamship to be seen in Portugal.

The first proper British survey of the southern and western waters of the Gulf begins at Ras Musandam.

A railway line opens between Budweis (Bohemia) and Linz (Upper Austria). The rolling stock was not yet steam-operated.

The invention of photography by Nicéphore Niépce.

First steamboat in the Ottoman Empire is launched.

The First Governor of the new Greek nation, Ioannis Kapodistrias, orders the foundation of the postal service.

The development of steam power in the early 19th century also applies to marine transport. Steamships shorten distances, but they also require fuelling stations. In 1839, Britain acquires Aden as one fuelling station on the route to India. Before construction of the Suez Canal, travellers sailed to Alexandria and continued overland to Suez, picking up a steamer there.