Spain | Rediscovering The Past

Antigüedades Árabes de España published by Real Academia de Bellas Artes de San Fernando – it marks the beginning of the rediscovery of the Arab past. 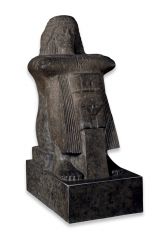 Statue of Ry, high priest of Amun, excavated at Karnak by Napoleon’s expedition

The Treaty of Paris is signed. Following defeat by Anglo-Ottoman forces, France surrenders to Britain the Egyptian antiquities it has collected. The way is open for British exploration of Egyptian archaeology.

The first Chair of Archaeology is appointed at the Christian-Albrechts-Universität in Kiel. 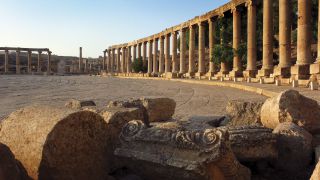 Jordan | Rediscovering The Past

The 19th century is the age of rediscovery and of opening up the monuments and sites of the Ancient East to Western civilisation. Most ancient sites of Transjordan such as Petra, Jerash, Gadara (Umm Qays), Amra, Umm al-Rasas, Mushatta and many others are explored, documented and identified during the 19th century. 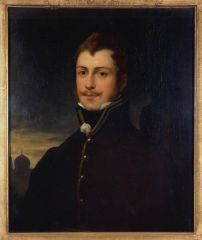 Claudius Rich is appointed East India Company Resident at Baghdad. His work at Babylon and Nineveh stimulates European interest in the archaeology of Iraq. East India Company men play a major role in the exploration and mapping of the Middle East. 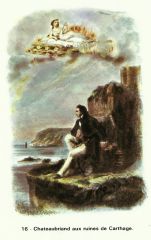 Chateaubriand at the ruins of Carthage

Tunisia | Rediscovering The Past

Travellers and explorers of modern times have scoured and described the Regency of Tunis. Their missions to the region provided occasions to discover the remains of antiquity and open up new fields of research to European scholars.

Antonio Canova, acting on behalf of Pope Pio VII, recovers from France several pieces of art belonging to the Papal States, which had been brought to Paris by Napoleon, including the Villa Borghese’s archaeological collection. 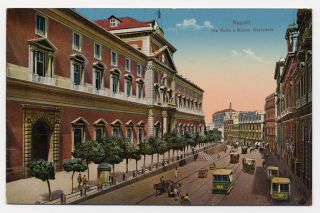 Neaples: Via Foria and the National Museum

In Naples, inauguration of the Royal Bourbon Museum, whose holdings include the rich collection of archaeological items belonged to Elisabetta Farnese and the pieces excavated in Pompei during the 18th century. All such holdings are personal properties of the king.

The German naturalists and explorers Wilhelm Friedrich Hemprich and Christian Gottfried Ehrenberg embark on a research tour in cooperation with Martin Lichtenstein (who published Reisen im südlichen Afrika (Tourism in Southern Africa) in 1810 and was appointed director of the Berlin Zoological Museum in 1813) from Cairo to Derna in Libya, along the Nile, and through the Sinai Desert and Lebanon, collecting natural and historical specimens.