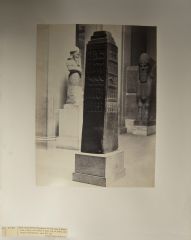 The Black Obelisk of Assyrian King Shalmaneser III was excavated by a British expedition at Nimrud (Iraq) in 1846. There was great excitement when it was found to contain reference to Biblical king Jehu. Furthermore, it depicted his image, still the oldest image of a king of Israel.

"The Black Obelisk of Assyrian King Shalmaneser III" in "Sharing History", Museum With No Frontiers, 2022. https://sharinghistory.museumwnf.org/database_item.php?id=object;AWE;uk;166;en;N