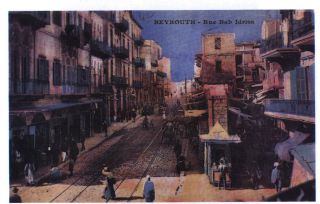 About The Lebanese University, Beirut

Pictured here is Bab Idris street, leading to Bab Idris, the city's western gate and the entrance to the old town. By the time of Ahmad Bey al-Jazzar's reign (1777–1804), the city had four main gates: Bab al-Dirka to the south, Bab al-Santiya to the west, Bab al-Dabbagha to the north, and Bab al-Saraya to the east. Jazzar Pasha built fortifications between these four main gates, which was not a fortified gate. Other city gates included Bab Yaqub, also in the east, Bab Abu Nasr at Burj square, and Bab Idris. These non-military gates are reflections of the city's rapid expansion, particularly due to an increase in trade.

Cities And Urban Spaces | The Image Of The City | Overview