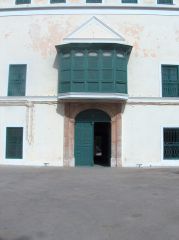 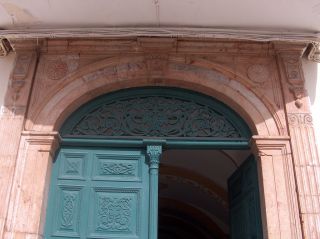 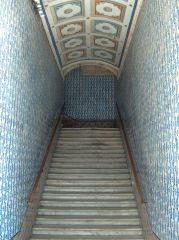 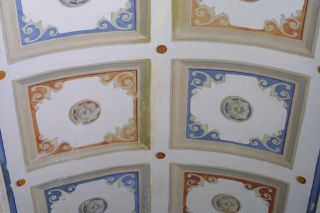 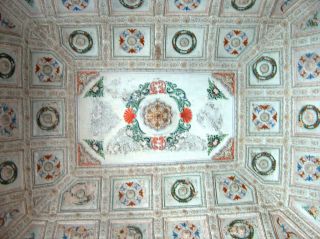 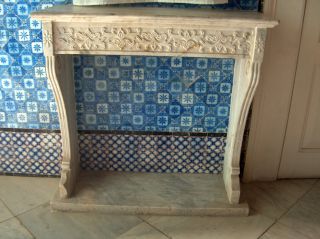 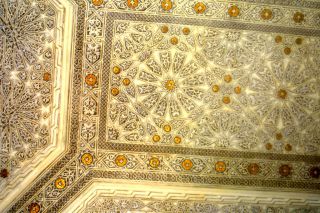 Located near the Bardo palaces, this palace had belonged to a noble of the Husainid court until 1867. It was then subject to a series of adjustments and expansions under the reign of Sadok Pacha Bey, who took up residence there once the works were completed. It was in this palace that, on 12 May 1881, Sadok Pacha Bey added his signature to the treaty which would impose a French Protectorate on his country, headed by General Bréart. The building was restored and taken over by l'Institut National du Patrimonie in 1988, and now houses the first landmarks of the Musée d'Histoire de la Tunisie Moderne et Contemporaine, whilst also preserving its Husainid foundations. It also holds many historically valuable paintings, thrones and coaches which had belonged to the bey.

This palace is an excellent example of a typical beylical palace, with an architecture, décor and furnishings that show distinct signs of European, and particularly Italian, influences. The large, tall building is surrounded by trees and orchards. The grand staircase, the marble columns, the marble, ceramic and faience mosaics on the walls, the Italian-style window frames and the Andalusian-style carved stucco all contribute to the decorations' opulent and varied quality, which characterised the 18th and 19th centuries.