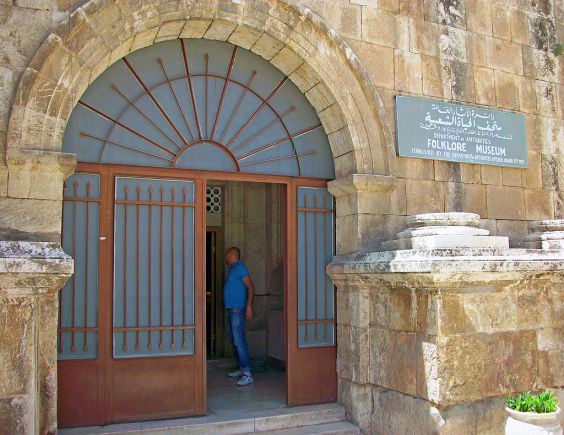 The museum is located in the western section of Amman’s Roman theatre. Founded by the Department of Antiquities, it opened in 1975. The museum exhibits items of daily life in the cities and villages and of the Badu (Bedouin) groups who lived on the West and East Bank during the 19th and first half of the 20th century. Musical instruments, vessels and tools for domestic activities and craftsmanship illustrate traditional daily life and economic activities of the time. Tents, domestic furniture and items to prepare coffee illustrate the way of life, work and the rules of hospitality among Bedouin men and women. As well as the traditional products of the local society and economy, imported weapons and objects testify to how local communities came into contact with the inventions and commercial products that were changing the world in the 19th and early 20th century.