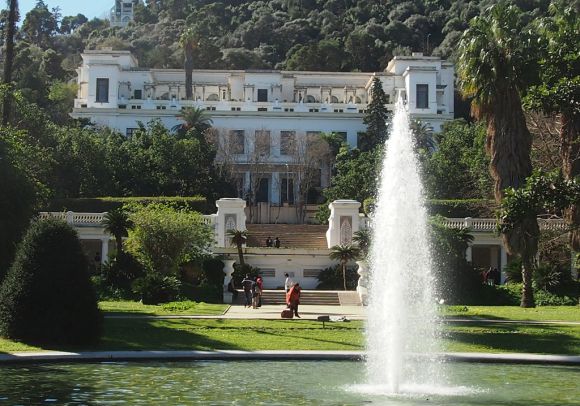 Inaugurated in 1930, the National Museum of Fine Arts houses one of the most important art collections on the continent – if not the entire Arab world. Located on a hill in the Hamma neighborhood, it faces the Bay of Algiers. Its rich collection is the result of donations and various purchases from artists and private art collectors, with more than 8,000 items. The collection is quite varied, and including paintings, engravings, ancient prints, decorative objects, and an assemblage of numismatic items.

Ever since the country achieved independence 50 years ago, the museum has developed new sections. In addition to the “historical” collection revolving around the most ancient fund of the museum, a chronological exhibition spans six centuries of European art history, from the primitives to the 18th century. Since 2007, two new exhibition rooms have showcased 18th century orientalist art as well as works from mid-19th century Algeria. The rooms are named after two great Algerian contemporary artists: Mohamed Temam and Mohamed Louaïl.

Obviously, Algerian artists hold a place of honor at the Museum. The Bachir Yellès room showcase works by Algerian painters of the first generation. A whole floor is dedicated to 20th-century Algerian art. The “School of Algiers” and Abd-El-Tif residents fund counts over 1,500 artists, including painters, engravers and watercolorists born in Algeria, some of whom reached international fame (e.g. Paul Belmondo, a sculptor awarded the Prix de Rome and the Grand prix of Algeria in 1936).

Since 1963, thanks to the “Art and Revolution fund”, the museum has boasted a contemporary art collection with works done by famous international artists who showed support to the Algerian people in their fight for independence.

Sculpture is well represented through pieces from the 19th and 20th centuries. An itinerary is suggested to cover all the different rooms and gardens.

Decorative arts – ceramic, glass works– and ancient furniture mainly come from two period homes. The Prints Cabinet remains one of the highlights of the Museum, showing works from a master of Algerian miniature: Mohamed Racim, considered a genuine national treasure.